Red tape across the classroom door... What has been happening inside?

Yesterday in Amazon class we turned our hand to mystery solving. At 11:50am yesterday morning when we entered in to school after break time, we discovered an unexpected scene within our classroom. We were met by red and white tape across the door and started to speculate what might have happened.

We thought about what might be inside, linking this to our learning about The Night at the Museum, our trip to the Bristol museum and writing newspaper articles. As we carefully entered the classroom, torches in hand, we discovered that we were actually entering in to a scene from the Bristol Museum.

We transformed in to spies, detectives, photographers, reporters and journalists. We shared our theories for what had been happening at the Bristol museum last night, having a go at reporting from the scene, just like a real television reporter. We had representatives from all different newspapers who eagerly reported on what they thought might have been happening.

We explored the clues and reached the following theory:

The Greeks from the ancient pots have escaped the pots that they were painted on, by climbing down the string found. They smashed the glass case in order to do this! (Picture 1) 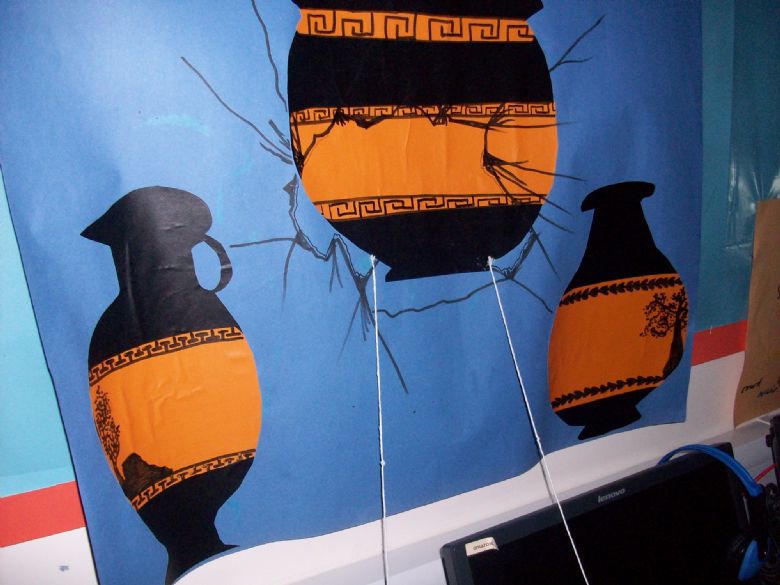 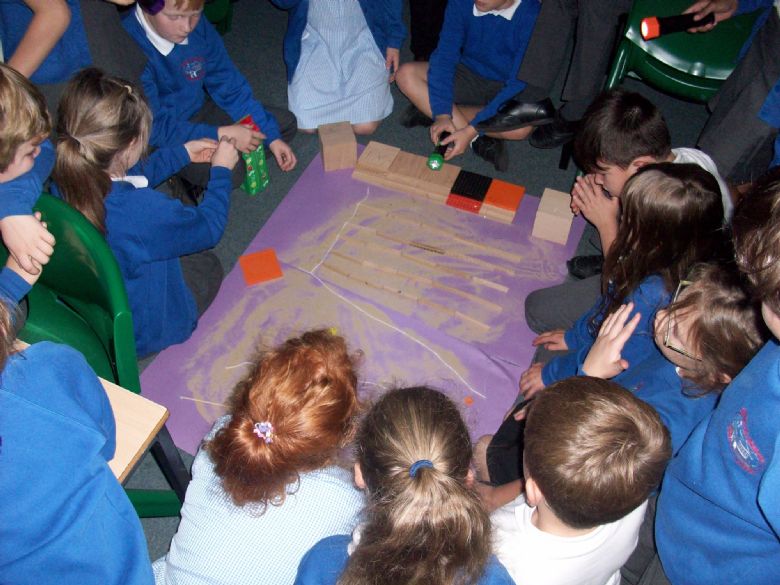 They made their way to the Greek Olympics to take part in javelin, discus, sprinting and even poetry reading! We know this because there were little footprints in the sand. 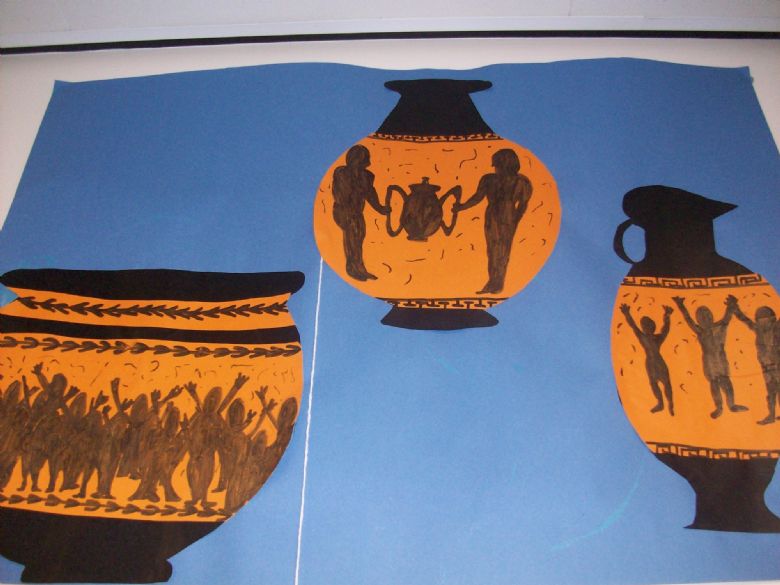 Finally, we followed the trail of celebration tinsel (which we believe they scattered during the closing procession), all the way back to a display of new pots. We found the characters in a fixed position celebrating on the pots and more evidence of rope and tubes used to get back on to the pots.

We had a fantastic English lesson!