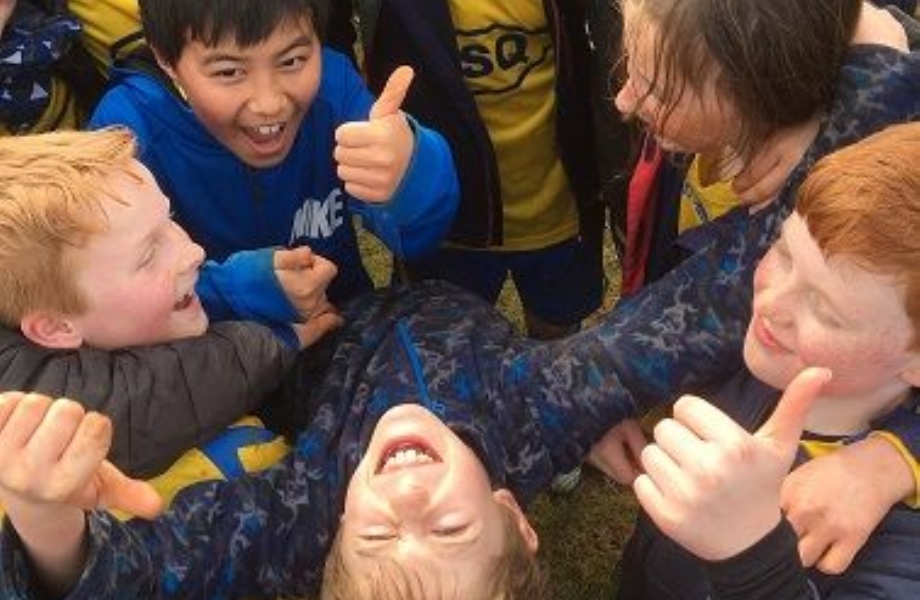 On Friday, Stanton's Tag Rugby Squad took part in the Chippenham Tag Rugby Festival. Out of the 20 teams that took part from both village and town schools,  Stanton won the competition! This means that we are now through to the Level 3 stage of the tournment which will take place early next term. It goes without saying this  is a fantastic achievement. Special thanks to Mr Moles for giving up his time to run the team and also to Jack for working behind the scenes organising practice sessions, kit and squad information.

After lunch the teams were re-grouped. Group winners and best 'runner ups' played against each other. In this round Stanton played against St Peter's, St Marys and Kings Lodge. The matches were incredibly close and after winning two matches and drawing in one Stanton brought home the trophy!

There were some tired and muddy legs that went home on Friday! A huge congtratulations to the team not only for their victory but also for their team ethic and sports personship.

You are all a real credit and should be very proud of your achievements.